In 2009 Lea Krueger bought an untrained 8 year old Arabian gelding named Davanna Tom Cat. He was quickly christened with the barn name “Cruise.” With help from friends Lea trained him with the intention of using him for Endurance.

Cruise began his Endurance career in 2011. Although he competed in 17 Endurance Rides in his career, Ride and Tie was to be his true sport. In 2012 Courtney, Lea’s husband, and Sarah, their 14 year old daughter, competed on Cruise in their first Ride and Tie at Biltmore. The whole family was instantly hooked.

Cruise proved to be a great Ride and Tie horse with the spirit to compete and the steadiness to patiently wait at a tie. One memorable event from their second race was Cruise somehow getting loose from a tie. He decided to explore the Big South Fork National Recreation Area by himself for around six hours until an Endurance rider found him and ponied him back to camp. This was the only race in his entire Ride and Tie Career in which he did not finish.

Beginning with his second year of competition, Cruise started making waves in two ways. Courtney and Sarah (and exclusively Cruise) finished that year fifth in points in the Man/Woman division. That year he also began to get the reputation of a horse who would start people in their Ride and Tie careers.

In 2015 Sarah graduated from High School and departed for college. Courtney’s two primary partners on Cruise became Mark Landers (Lea’s brother) and Carrie Baris. That year Cruise carried Mark and Courtney to their first of five Man/Man Points Championships. They had to work hard at Clemson in the last race of 2015 to beat the next closest Man/Man team for the title. A photo of Courtney on Cruise at the start of the race became an iconic Ride and Tie picture that was featured on two World Championship posters. In 2016, Cruise turned in a double/double by carrying Mark and Courtney to their second Man/Man Points Title and carrying Courtney and Carrie to the Man/Woman Points Title.

The onset of arthritis in his knee caused him to have to retire at age 19. Today he enjoys his retirement at Lea Lane Farm, the Kruegers’ farm in Cleveland, TN. 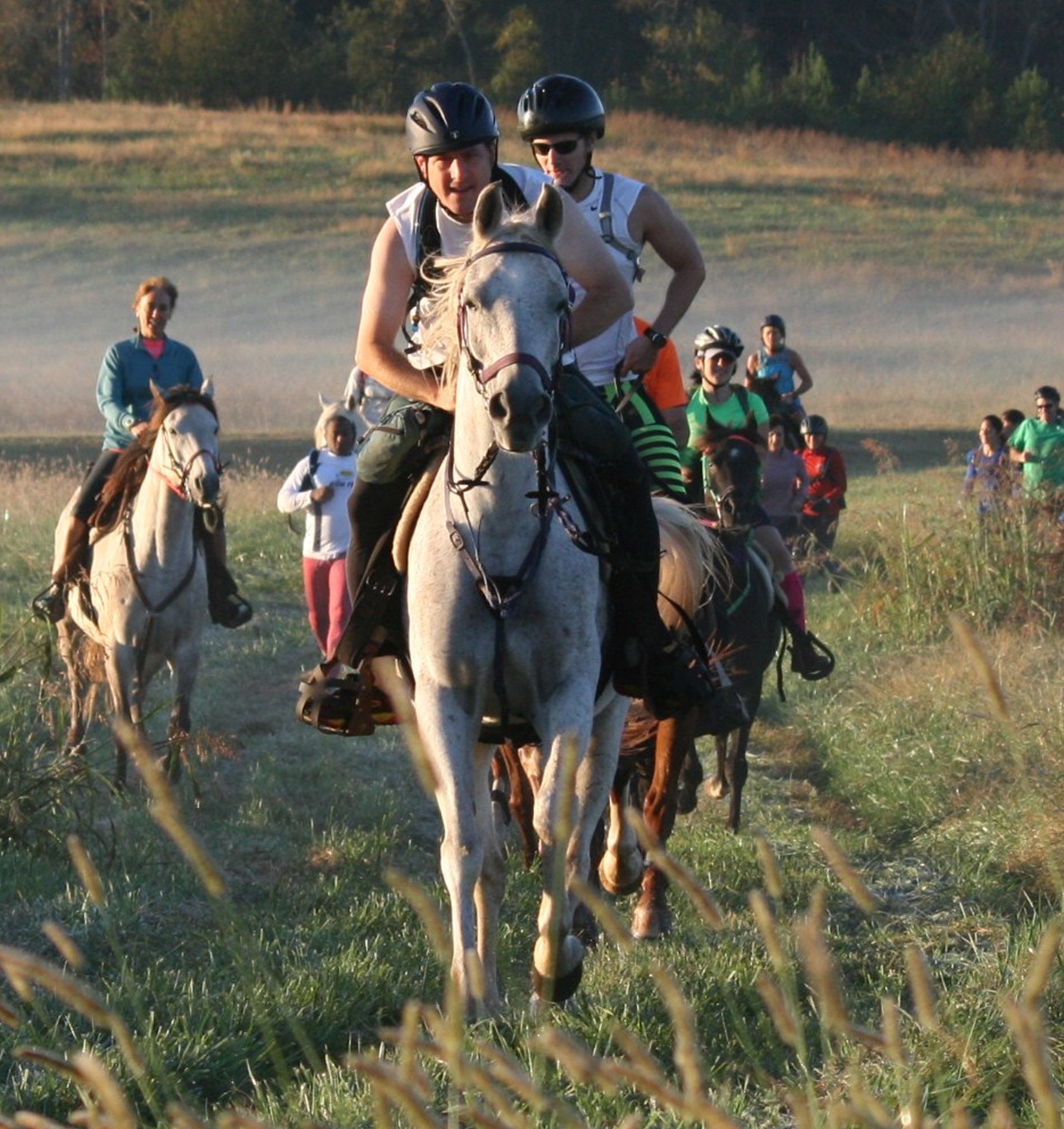