Frisky previously belonged to Christina Huebner, one of my former R&T partners. Frisky was an amazing R&T mount despite the fact that she did not have brakes. Frisky held the honor of High Mileage Horse of the Year in 2006 and 2007. And fast! Boy could she go! A fellow competitor made an observation once that he couldn’t believe how she “flew over the rocks” at an Old Dominion (OD) No Frills event.

The OD courses are notoriously famous for their rocks and have been described as “the place where rocks come to die”. Arthritis in her front knees, along with a freak pasture accident eventually led to her retirement in 2011, but many folks had the pleasure of riding her during her 9 years of competition. 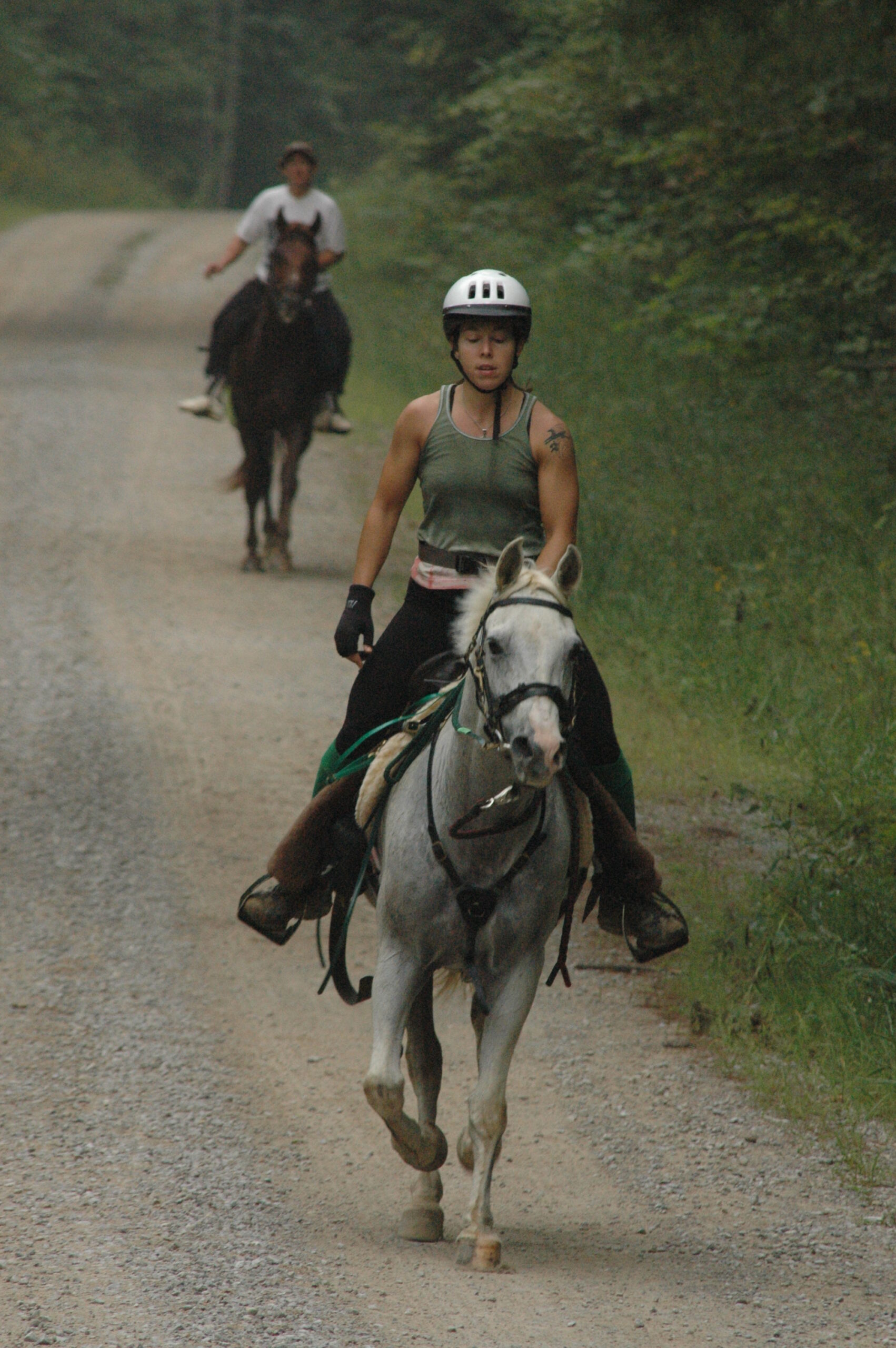