Dakota (Little Jack Cash) joined our family as a yearling because I had always wanted an American Paint Horse. At that time, I had no intentions of doing Ride & Tie. However, my daughter wanted to give Ride & Tie a try, so we competed on her old Quarter Horse. Well, that hooked Dave and I into the sport and in 2012 when Dakota turned 5 years old, he was our one and only horse for the next 6 years. During that 6-year span Dakota took us to three East Coast Championships and one World Championship.

In 2017 Dakota was undefeated in 16 races and won the World Championship and received Best Condition. Currently, Dakota has over 2300 miles, the most Ride & Tie miles in Ride & Tie history. Dakota has also demonstrated the Ride & Tie spirit by carrying a variety of new and experienced riders to their completions. However, the thing that makes him such a horse of distinction (besides the fact that he is a little Paint competing against Arabians) is that when he is not racing at Ride & Tie he is competing in many other disciplines. He has been Champion Ranch Horse, Champion Speed, Champion Leadline, Champion Trail, Champion Working Equitation (with highest dressage score) and the one horse I put everyone on who wants to try riding for the first time. 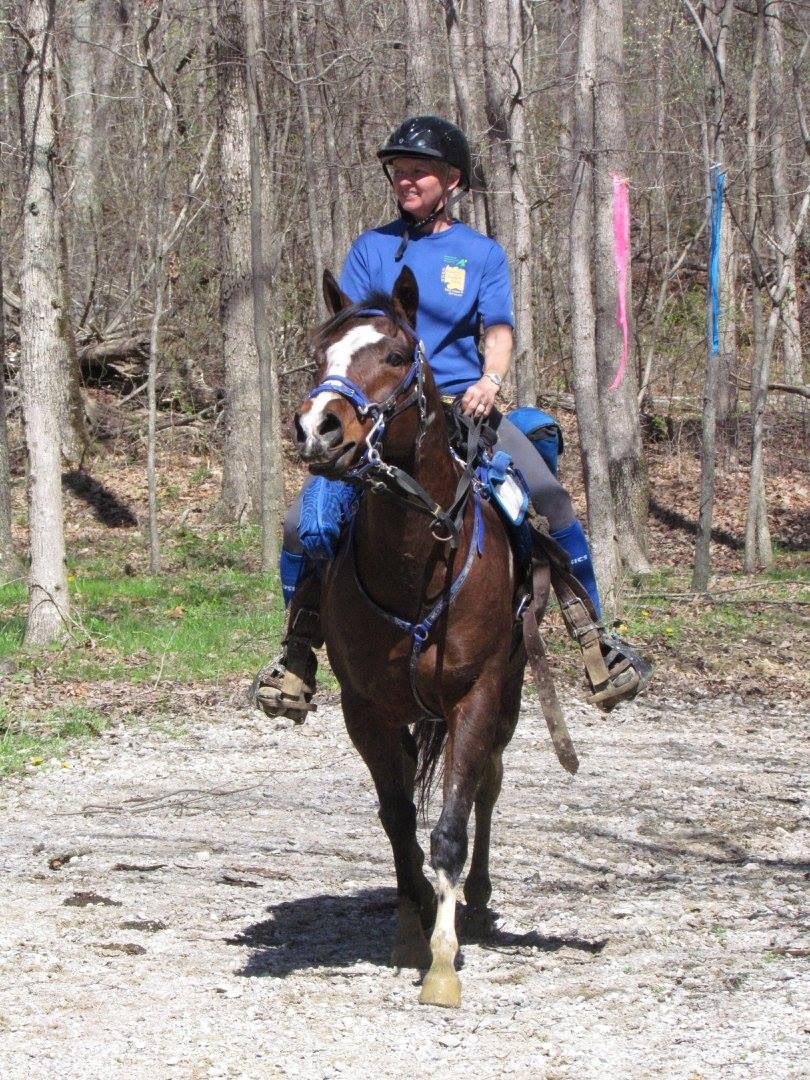